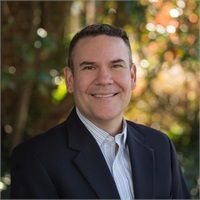 Jason began his career in financial services in 1998 in the Raleigh office of Morgan Stanley Dean Witter. After several years with Morgan Stanley, Jason was hired by Charles Schwab in the fall of 2000 as a Financial Consultant. In 2003, Jason was promoted to the role of Private Client Consultant as part of Schwab’s focus on fee based financial planning and investment advice. In his role as a Private Client Consultant, Jason provided clients with comprehensive, disciplined investment advice. This objective, disciplined approach meshed perfectly with Jason’s own core values and investment philosophy. After much due diligence, Jason joined LPL Financial in December of 2011. With all of the support and research of LPL Financial backing him, Jason feels strongly that he has found the perfect home to continue to advise clients. Jason has been a CERTIFIED FINANCIAL PLANNER™ since 2004. He received his undergraduate degree from Colgate University, in Hamilton, NY. Originally from Vermont, Jason and his wife, Jessica, are avid outdoors people. They love bird watching, hiking, and camping with their two wonderful daughters. The family has made Raleigh their home for the past 22 years.